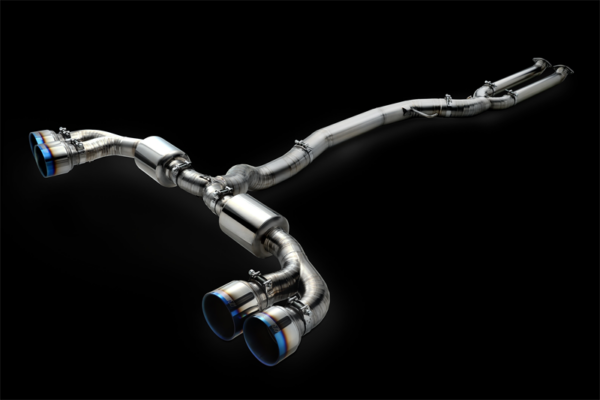 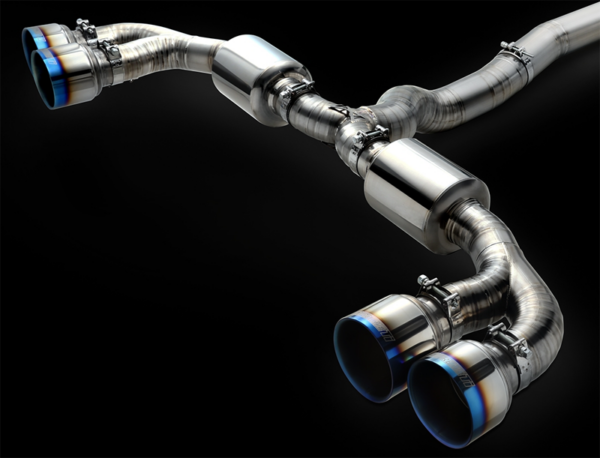 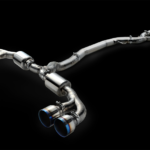 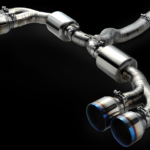 The Nissan R35 is the latest big-power turbo monster to come out of japan ever since the production of the MKIV Supra has seized. With that said, owners have graduated to the latest VR38DETT where this engine platform has responded very well to bolt-on performance modifications.

Additionally, the R35 engine has that signature exhaust note that we all can appreciate. With that said, instead of making just a cool exhaust system for the R35 market, they went for the Hail Mary and developed there ever-popular Expreme Ti Full Titanium Exhaust System.  Yes that’s right a full titanium exhaust system for the Nissan GTR.

This exhaust system features massive 102mm piping which includes the Y-pipe. The design allows this exhaust to be as straight as possible, and best of all you’re saving 34.95lbs over stock. And visually it’s a work of art that is sensory overload to the eyes. If you appreciate fabrication, quality, as well as performance then this is literally, a sound investment for your GTR.

Once installed, you will be reintroduced to a sound that has authority. A sound under boost, that brings out the inquiring minds of car enthusiasts. And finally a sound so brutal, that your neighbor with a new corvette will give up, and pull his car in the garage.  This is the Tomei Expreme Ti Full Titanium Exhaust System for the R35 GTR. You’re alive, do it now.